skip to main | skip to sidebar

I Take It All Back

Earlier in the season, I wrote a post about how relieved I was that Simon was gone. I knew when I wrote this post that I would likely end up eating my words. Well, pass the ketchup, ya'll, it's dinner time and I'm hunkering down on some fresh verbiage.

Last night, the judges gave absolutely no criticism, except by omission. They said things like: "The chorus was great!" or "You got overwhelmed by the emotion of the song and it made a moment." When they should have been saying things like this:


Song #2
Song #3
Simon: Forgive me for not railing against your departure! And know that you now have a devoted X-Factor fan.
American Idol: Suck up judges make American Idol suck ass.
Seacrest out.
Posted by Jenny Jenny Flannery at 8:31 AM

X Factor is American Idol v2.0, with Simon, Paula and a Randy lookalike, plus some brunette chick no one cares about.

Also said this model of earphone is developing, hoped that can not use the ear to put can display the effect. Has a look at this model of earphone's parameter first. Regarding an ordinary musical public Diamond Headphones, he has possibly had woods sea Sayre, has had SONY, the iron triangle, but he has Shure not necessarily Monster Beats Studio.

Shure this brand as if is exists for the genuine fan, therefore it links the cheapest product also to sell to the nearly thousand Yuan, its high-end's image has struck root in the hearts of the people. Promoted after last year Monster Headphones won the high praise greatly, Shure developed the brand-new market with a same quality but more materially beneficial price, this year promotes brand-new SE102 was this kind of model of product, as soon as now lets us come to see this Shure family young bloods real to accommodate.

The SE102 packing is more direct-viewing for person's feeling, middle Beats By Dr Dre out the part to be possible to see the partial details, the SE102 fitting is laid aside in earphone's back Monster Headphone.

Monster Beats is most main, the earphone uses the advanced DSP

the detail aspect specifically. Must shortly by the end of the year Polo Shirts

For Men, to the end of the year Cheap Ralph

Lauren Polo Shirts For Men, what the people most cared was what? Thought that this question certain and "money" character related, that this Monster Headphones certainly can be "the year-end

bonus". Regardless of being 13 firewoods or the year's end draws bonus, each Monster Beats can obtain not small wealth, obtained the year-end bonus, how can that this money plan, rewards with food and drink is wants certainly

Many of the Online Jobs and Online Earning System in internet online Business, but here is a best and legit online earning systems with life time opportunity.
www.jobzcorner.com

Luke Bryan is my favourite country singer. His voice takes me away from all troubles of this planet and I can enjoy my life and listen songs created by his mind. Now he is going on a tour this year. The concerts scheduled for the whole 2019, up to the mid-October. Ticket prices are moderate and available for all men and women with different income. If you love contry music, then you must visit at least one Luke's concert. All tour dates are available at the [url=https://lukebryantourdates.com]Luke Bryan tour 2020[/url]. Open the website and make yourself familiar with all powerful Luke Bryan concerts in 2020!

Florida Georgia Line is my favourite contry band. Headliners Brian Kelley and Tyler Hubbard are those people that can make anyone sing along. It's the reason I like to visit their concerts. And - that's surprisingly wonderful - in 2019 they have CAN'T SAY IT AIN'T COUNTRY TOUR which covers all the USA towns and cities. For concert dates list visit [url=https://fgltour.com]Florida Georgia Line Concerts[/url].

Breaking Benjamin is my favourite band of 90s. They had so many hits! The ones I remember are 'The Diary of Jane', 'Tourniquet' and their hit 'So Cold'. These are real masterpieces, not fake ones like today! And it is awesome that Breaking Benjamin have a tour in 2019-2020! So I'm going to attend their concert in 2019. The concert setlist is here: [url=https://breakingbenjaminconcerts.com]https://breakingbenjaminconcerts.com[/url]. Check it out and maybe we can even visit one of the Benjamin's together! 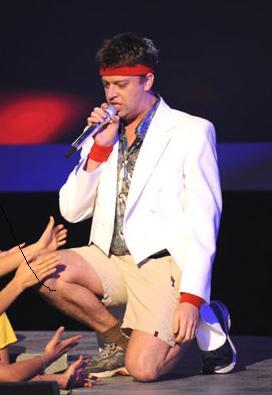